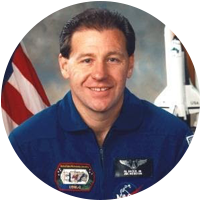 Albert Sacco, Jr. is an American chemical engineer who flew as a Payload Specialist on the Space Shuttle Columbia on shuttle mission STS-73 in 1995.

We use cookies to ensure that we give you the best experience on our website. If you continue to use this site we will assume that you are happy with it.Ok